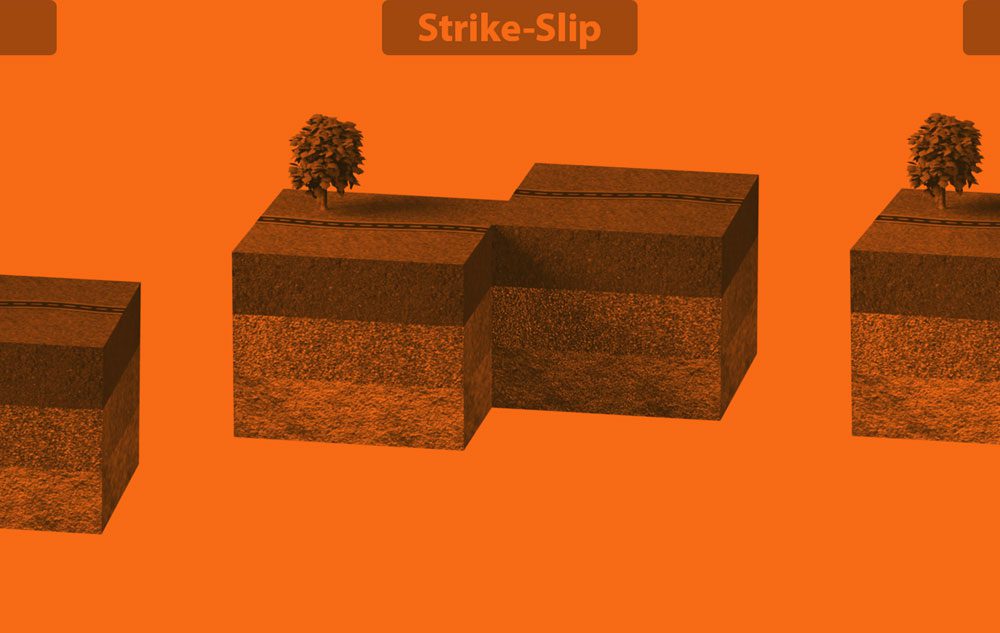 Many of the drilling problems we encounter are either directly or indirectly related to wellbore instability. Unstable wellbores are difficult to clean, cause pack-offs and elevate the risk of stuck pipe when tripping and running casing. Maintaining a stable wellbore is critical to success.

Like all drilling engineers, all rock is under some degree of stress. Stress is force per unit area experienced by a material and it can be either positive or negative. Material strength properties and stresses applied will define the response of rock as it tries to maintain its original shape under drilling conditions.

The majority of wellbore instability issues are caused by the lack of balance between borehole stresses, fluid radial pressure, and rock strength capacity. Strong rock can withstand higher stress imbalance than weak rock before it fails or plastically deforms. Rock can either be inherently weak or drilling activity can weaken the rock. The main factors that influence rock strength (material strength properties of which UCS is one), with respect to stability in the drilling environment, are described briefly below:

Intrinsic rock material strength. This is controlled by the degree of natural cementation between grains, grain shape and lithology. We are not talking about “unconsolidated rock” here, the assumption is they only occur close to surface and a conductor will be driven through those intervals. Deeper intervals that are often described as unconsolidated like “loose sands”, may be weak but still have some degree of cohesive cementation.

Fatigue failure. Rock strength reduction can result from pressure or temperature cycles of load and release.

Strength anisotropy. Strength of the rock will vary depending on the angle of penetration in anisotropic rocks, due to planes of weakness (bedding planes, faults, and fractures). The loss of strength is due to the concentration of stresses at the discontinuities, the friction between them and the cohesion in these planes of weakness. Fluid infiltration will occur once the fluid contacts the rock discontinuities. If the tangential stress is negative the infiltration will be higher and can produce collapse along planes of weakness. In any fractured rock, other than carbonates, stability is primarily managed by controlling the confining stress, to avoid shear failure along the plane of weakness, with the right mud weight. Controlling filtrate loss has a secondary degree effect.

Figure 3: Graphical representation of strength anisotropy in a rock sample with planes of weakness

The chart shown in Figure 3 provides an illustration of the theoretical strength anisotropy in a core plug with varying bedding plane angles (ɑ) that undergoes a UCS (uniaxial compressive strength) test.

Chemical interaction. Some rock will react with some drilling fluids, resulting in a change in physical properties, normally a loss of strength over time. The fluid-rock chemical interaction can vary and in shales can be grouped into the categories shown in Table 1 (C.D. Hawkes and P.J. McLellan) below. Clearly the balled drilling tools shown in Figure 4 will also increase swab and further increase the risk of instability.

Table 1: Principal mechanisms that drive the flow of water and solute into or out of shales (from “Wellbore Instability In Shales: A Review of Fundamental Principles and GRI-Funded Research – Final Report (Part 1 of 2)”, by C.D. Hawkes and P.J. McLellan, 2000, GRI-99/0025.1, P.15)

In-situ stress is the stress acting in a rock formation before it is disturbed by drilling or some other excavation. These stresses are resolved into three orthogonal stresses in the X, Y and Z axis; primary, secondary and tertiary or more commonly; two horizontal stresses (Shmin and Shmax) and a vertical stress (Sv).

The diagram in Figure 5 shows a simplified diagram of total stresses around a horizontal wellbore resolved into the three orthogonal stresses; Sv (overburden), Shmax and Shmin.

The magnitude of these stresses will depend on the conditions in which the rock was formed and any tectonic activity that rock has been subject to over time. This means that Sv ≠ Shmax ≠ Shmin (sometimes Shmax and Shmin are very similar, especially in a passive sedimentary field). The relative magnitude of these stresses within the rock will define the overall stress regime which fit into these three categories:

When we drill a hole into this rock these stresses are going to try to fail and deform the wellbore. Mud weight is the tool we use to create a radial stress to counter the stress imbalance around the wellbore.

Figure 7 shows a horizontal wellbore orientated in the least favourable direction for stability, in a normally stressed environment. The mud weight and therefore radial stress is too low and compressive shear failure occurs in the direction of the minimum horizontal stress. It is worth noting that in some normally stressed environments the preferred direction to drill, from a stability perspective, will be vertical or close to vertical, if the difference between the horizontal stresses is less than the difference between the vertical stress and the horizontal stresses. The formation breakdown limit varies with the pore pressure, inclination, and azimuth of the well. There are also stereoplots that can show how the limits changes with these variables, sometimes referred to as breakdown stereoplots. It is something that many studies do not consider but is very important when setting the upper boundaries.

The wells relationship to the orthogonal stresses (Sv, Shmax and Shmin) will depend upon the well inclination and azimuth and helps define the mud weight requirements to maintain a stable hole. Geomechanics specialists have developed an effective method of visualising this for any given depth, well trajectory and stress regime, as shown in Figure 9 below. Well inclination is shown as distance from the centre point (i.e. middle of the circle is a vertical well). Well azimuth is represented by the angle from grid north and the colour profile represents the minimum mud weight required to drill a stable hole.

How does the wellbore fail?

With insufficient mud weight to balance the stresses around the wellbore a well will start to collapse or fail in shear along the direction of the maximum compressional  stress. The exact shape of this failure will depend on the orientation of the minimal stress and the relative magnitude of the two remaining stresses exerted on the borehole. If the mud weight or ECD is too high then tensile wellbore failure will occur as shown below in Figure 9.

The type of wellbore failure (instability) referred to so far is classic stress induced shear failure (collapse), as shown in Figure 10. The sample shown is from a TWC (thick walled cylinder) collapse test.

Figure 10: Shear failure in a lab sample and an example of an indicative caving (source unknown).

This classic shear failure will result in the type of hole enlargement shown in Figure 11 below.

The level of breakout can be defined in terms of the angle between opposing sides of the breakout and also by the depth. This introduces the concept of acceptable, or manageable breakout in terms of being able to clean the hole sufficiently and deal with the resulting hole rugosity on trips and when running casing.

As a general rule of thumb 90° of breakout could be manageable in a vertical well and up to 30° in a horizontal well, assuming a cautious, low risk approach to operational practices is taken.

Classical shear failure, where two surfaces of failure are created, occurs in brittle rocks, which includes almost all rock we drill (including shales), however some rocks fail in a ductile manner and others behave in a viscoelastic way, deforming over time, for example salt or anhydrite. At certain temperatures some resinous hydrocarbons (asphaltenes), like gilsonite will also flow or creep into the wellbore like salt. The higher the stress imbalance and the higher the temperature, the faster the creep.

Figure 12: Wellbore failure when under balanced to an impermeable formation

This mode of failure causes rock chipping off (splintery cavings) the entire or parts of the circumference of the wellbore, independent of the wellbore direction or angle.

Can we trust the models?

The mud weight recommended by the geomechanics team is based on numerous underlying assumptions, each with varying degrees of uncertainty. Probably the highest level of uncertainty comes from the mechanical and elastic rock properties, due to a lack of lab test data that would provide this information. Maximum horizontal stress magnitude also has high degree of uncertainty, as it cannot be directly measured. Because these uncertainties can be high it is important to monitor the well behaviour by understanding how drilling operations are influencing evidence of the different failure modes. What this means in practical terms is that it is vital that some form of drilling surveillance / wellbore monitoring activity is conducted to ensure that any warning signs of instability  are identified as soon as possible to recalibrate initial models.

If this is to be delegated to a member of the rig team, rather than an operations geologist, it is important to educate them on what they are looking for, otherwise be prepared for the “massive cuttings on shakers” comment on the daily drilling report.

If there is sufficient interest, I will cover cavings identification and what information can be gathered from the various different caving types in another article. In the meantime, if in doubt run your mud weight high, maintain mud properties appropriate to rock chemical properties, hydraulic and mechanical energy as low as possible (whilst still maintaining adequate  hole cleaning) and watch the shakers. Good luck.